The President of Finland Dr. Urho K. Kekkonen receives "The Spirit of Detroit" 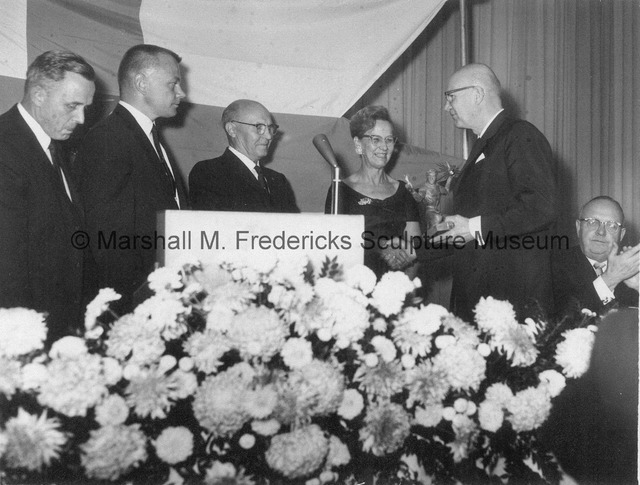 The President of Finland Dr. Urho K. Kekkonen receives "The Spirit of Detroit"

Description
The erection of The Spirit of Detroit at the City-County Building (now Coleman A. Young Municipal Center) in 1958 marked the formal completion of the structure whose construction began in 1951. Located in front of a white marble wall at the entrance to the building, the sculpture depicts the cultural and religious spirit of the Detroit community. At the time, The Spirit of Detroit was said to be the largest sculpture cast in Europe since the Renaissance period (1400 – 1600). It stands sixteen feet high and twenty-two feet across from fingertip to fingertip.