President Dwight D. Eisenhower speaking in front of "The Spirit of Detroit" 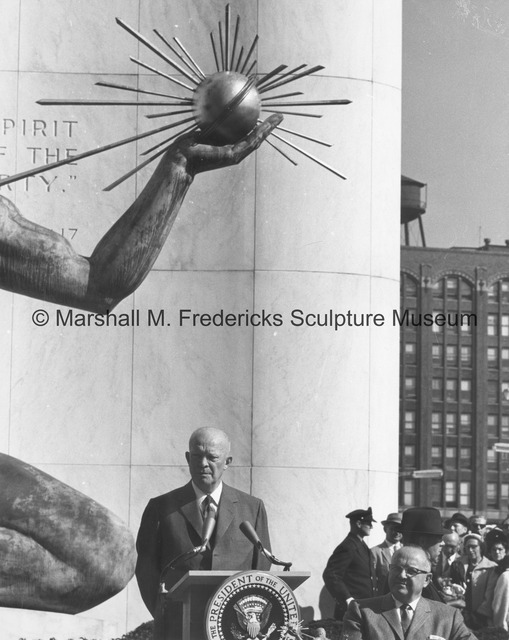 President Dwight D. Eisenhower speaking in front of "The Spirit of Detroit"

President Dwight D. Eisenhower speaking in front of The Spirit of Detroit2.jpg   (image/jpeg)