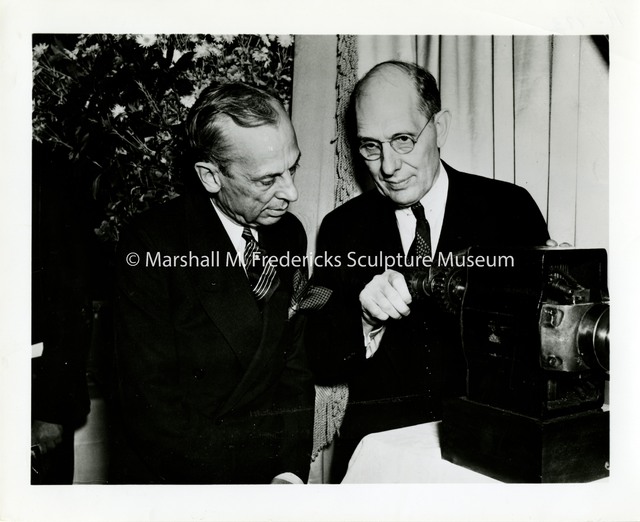 Caption on verso reads "INVENTOR AND MENTOR -- In a sentimental moment in 1942, Alfred P. Sloan, Jr., (left) then GM board chairman, and Charles F, Kettering, then GM vice president in charge of Research, examine the original electric self-starter invented by Mr. Kettering and introduced on the 1912 Cadillac".

Use of this image requires permission from the creator