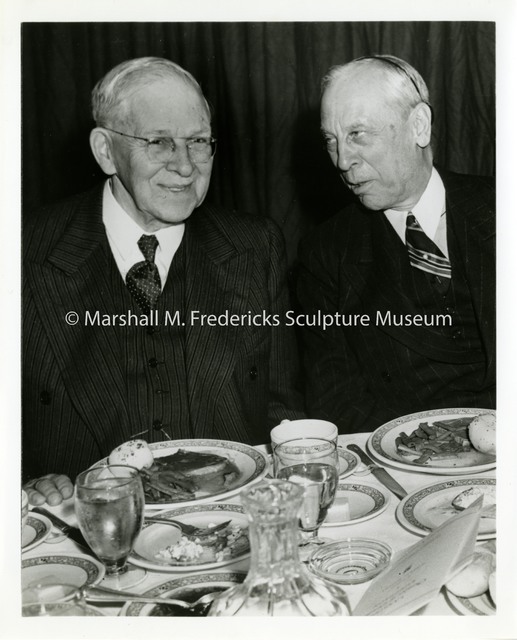 Caption on verso reads "TWO AUTOMOTIVE PIONEERS -- Alfred P. Sloan, Jr. right, then chairman of Gm's Board of Directors, congratulates R. E. Olds, builder of the first Oldsmobile in 1897, on his 80th birthday. The year was 1947. Mr. Olds founded Oldsmobile, which in 1908 became a charter member of GM. Both men are now deceased".