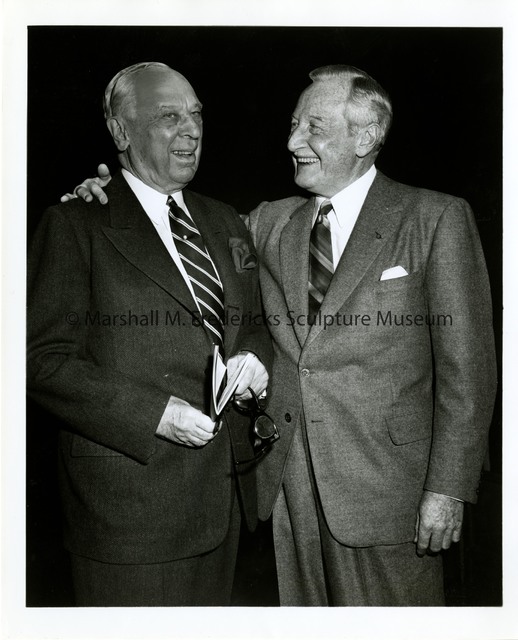 Caption on verso reads "GM LEADERS -- Alfred P. Sloan, Jr., left, former president, board chairman and honorary chairman of General Motors Board of Directors, and Harlow H. Curtice, president of GM in its 50th Anniversary year, have played major roles in the Corporation's first half-century. Both men are now deceased,"

Use of this image requires permission from the creator