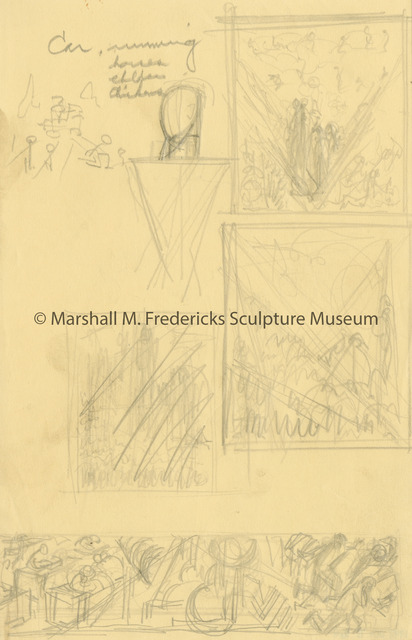 Fredericks received this commission as a result of an honorable mention in a section of Fine Arts Competition at the World’s Fair in New York in 1939. He carved the original limestone relief that was placed in the public lobby of the Post Office in River Rouge, Michigan.

Because the automobile industry was the most important factor in the development of the Detroit area, the sculptor has chosen to depict one of the very early cars. The “horseless carriage”, with its two occupants, speeds along, leaving a trail of dust and smoke. Two children and a dog run delightedly beside the car while pigs and chickens flee in terror.