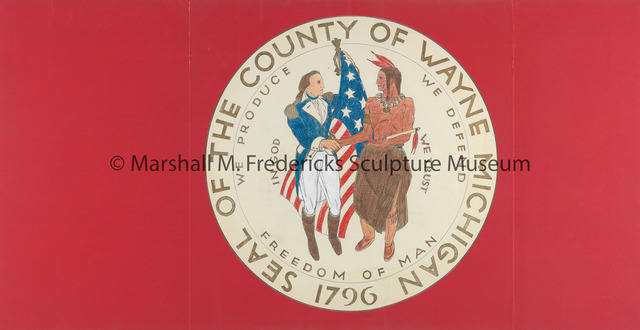 Crayon, graphite and metallic paint on sketch paper mounted on board
36.5" x 19"