Study for "Colt and Pigs" for Sandwich, Illinois post office 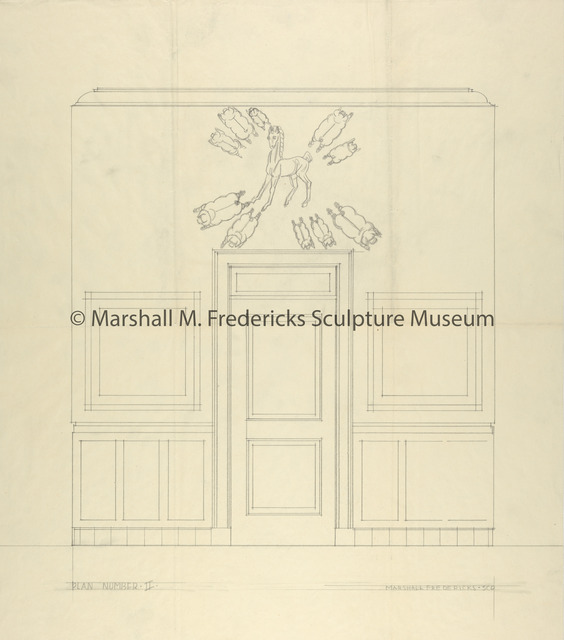 Study for "Colt and Pigs" for Sandwich, Illinois post office

"The Family (Farm Animals)," the work approved by the Section for the Sandwich, Illinois post office, features a mare and colt dominate the center portion of the relief. Balancing on either side are a ewe with two lambs and a sow with one of her pudgy shoats. Each of the animals expresses a vitality that suggests the active life and abounding health of the locality.

Fredericks designed "Colt and Pigs" as part of a series for a national products competition in 1939 in hopes that they would be placed on a government building in Washington DC, but the building was never built. The series consisted of 12 reliefs. Three are located at the Marshall M. Fredericks Sculpture Museum: "Cotton Pickers," "Colt and Pigs," and "Steers". Later Marshall grouped these three with "Sheep (The Guests Have Arrived)" and "Chimpanzee (Philosopher").