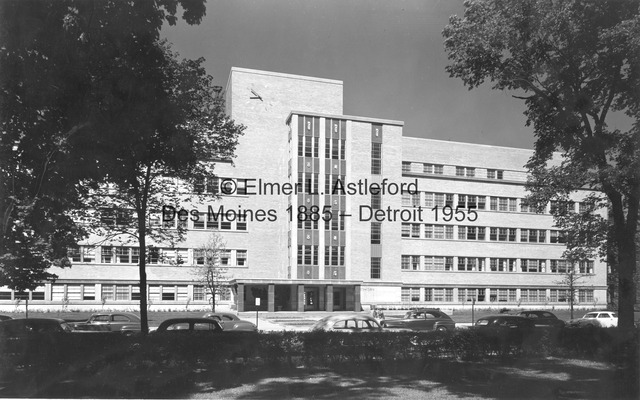 Administration Building (now the Literature, Science and Arts Building) at the University of Michigan in Ann Arbor, Michigan. Thirty cast aluminum, seven limestone and two bronze reliefs decorate the façades of the building.